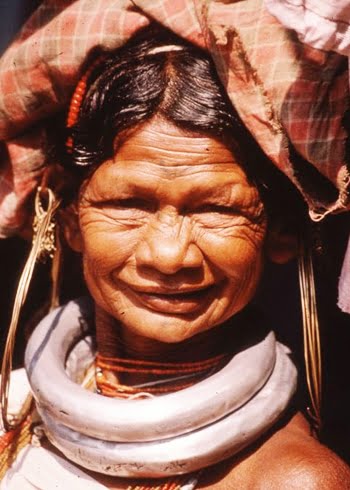 THE TOURS INCLUDES VISIT TO BELOW UNEXPLORED DESTINATIONS

Kolkata: Kolkata (formerly Calcutta) is the capital of India’s West Bengal state. Founded as an East India Company trading post, it was India’s capital under the British Raj from 1773–1911. Today it’s known for its grand colonial architecture, art galleries and cultural festivals. It’s also home to Mother House, headquarters of the Missionaries of Charity, founded by Mother Teresa, whose tomb is on site.

Bhubaneshwar: Bhubaneswar is an ancient city in India’s eastern state of Odisha, formerly Orissa. Many temples built from sandstone are dotted around Bindu Sagar Lake in the old city, including the 11th-century Hindu Lingaraja Temple

Puri: Puri is known by several names since the ancient times, and was locally known as “Shrikhetra” and Lord Jagannath temple is known as “Badadeula”. Puri and the Jagannath Temple were invaded 18 times by foreign rulers, from the 4th century AD till the early 19th century with the objective of looting the treasures of the temple. Odisha, including Puri and its temple, were under the British Raj from 1803 till India attained independence in August 1947.

Dhenkanal: The majority of this district is covered with dense forest and a long range of hills, which are home to elephants and tigers. Primarily agricultural, the principal forest products of the district are timber, bamboo, firewood and kendu leaf, and medicinal herbs and plants. The District is the centre of a religious movement called “Mahima Dharma” that has spread throughout India and far east countries since the nineteenth century. The Jagar Jatra (Maha Shivaratri) is a famous festival celebrated here in the winter season.

Ratnagiri: Ratnagiri was once the site of a mahavihara, or major Buddhist monastery, in the Brahmani and Birupa river valley in Jajpur district of Odisha, India. It is close to other Buddhist sites in the area, including Pushpagiri, Lalitgiri and Udayagiri.

Bhittarkanika: The Bhittarkanika national park is surrounded by the Bhitarkanika Wildlife Sanctuary. Gahirmatha Beach and Marine Sanctuary lies to the east, and separates swamp region cover with canopy of mangroves from the Bay of Bengal. Thus it become a vicinity of rich biodiversity

The park is home to Saltwater Crocodile (Crocodylus porosus), White Crocodile, Indian python, King Cobra, black ibis, darters and many other species of flora and fauna.

Parikud:  It is an island within the Chilika lake. The land mass is spread over 96 Mouzas of Krishnaprasad Panchayat Samiti. It is surrounded by Chilika Lake and the Bay of Bengal in its two sides. Jahnikuda is present at the eastern most position of the island near Chilika lake. Jahnikuda act as a gateway to Puri, the land of lord Jagannath. The people living in this area are mainly dependent on cultivation and fishing.

Bhetnoi: People of the area protect the animal due to religious sentiments and poaching is almost nil. Locally known as Krushna Mruga, the Black Buck is a schedule – I animal as per Wildlife Protection Act, 1972. During 1918, a Britisher known as “Green Saheb” and the ‘Sardar’ of the locality Sri Madeshi Chandramani Dora also took initiative for protection of this species and published a notification in the Oriya news paper “Prajamitra” prohibiting killing of the Blackbuck.

Gopalpur: Once a commercial port, it is now a famous sea beach and tourist destination around 15 km from Berhampur. The East India Company built large warehouses and godowns because the trade with Burma had picked up and it had become a trading point for rice from Rangoon (Myanmar).

Raygada: Rayagada is a district of meadows, forests, water falls and terraced valleys, peopled by many primitive tribal groups. The scenic beauty and heritage on the land is an unexplored paradise. The district has a predominant tribal population of 57.52%. All the 11 blocks of the district have been covered under tribal sub-plan with three micro projects in operation for the pre-literate indigenous tribal communities.

Chitkona:  It is one of the identified Tourist Centres (scenic spot) of odisha. The weekly Wednesday market at Chatikona is also worth seeing. Here highly ornamented Dongaria Kondha and Desia Kondha villages of Niyamagiri area bring their produce to sell.

Jeypore: Jeypore pronounced in Odia as Joypur, literally means “the city of victory”. Nature has bestowed Jeypore generously with waterfalls and dense green forests. This is also a prominent business place on southern Odisha.

Onukudeli:  Apart from the tribal communities, people categorized as ‘lower caste or scheduled caste’ also live here since their last few generations. The place takes pride in its natural panoramic view – lush green woods, cluster of hills, tranquil surroundings with a rich endowment of flora and fauna and above all, the tribal societies dwelling in this area. The novelty of the state is truly retained by its tribal population

Araku:  Araku Valley is a Hill station in Visakhapatnam district in the state of Andhra Pradesh in India.  This valley is surrounded by mountains like Galikonda, Raktakonda, Sunkarimetta and Chitamogondi. Coffee was first introduced in Eastern Ghats of Andhra Pradesh in 1898 by Mr. Brodi, a Brtisher in Pamuleru valley in East Godavari district.

Vishakhapatnam: It’s known for its many beaches, including Ramakrishna Beach, home to a preserved submarine at the Kursura Submarine Museum. Nearby are the elaborate Kali Temple and the Visakha Museum, an old Dutch bungalow housing local maritime and historical exhibits.